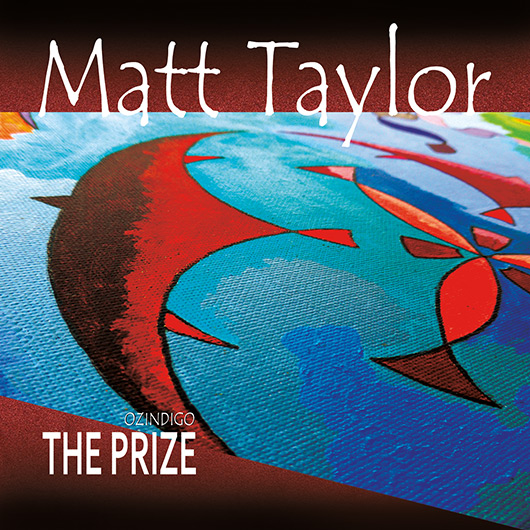 You may not have noticed that everything is slowly changing, old attitudes are dying, new ideas of life and love are emerging. Yet many still cling to beliefs they accepted without questioning in their youth. I'd be the first to admit that this music isn't for everyone, cause no form of music is truly universal, each person makes their own choice. Wonderful knowledge and technical advances are pushing humanity in a peaceful direction yet dark, fearful ignorance is holding a more compassionate reality at bay. With this music, Ozindigo, I'm trying to be honest about the darkness of whistle blowers persecuted, regimes willing to kill their people to retain control, Miners happy to wreck the environment for short term profit, weighed against people dedicating their life's to make this planet the beautiful place we know it should be.

I don't do many gigs these days so I'm recording many of the songs I've written over the past 50years. This CD 'Ozindigo The Prize' is the first for 2020. My music is for grown ups and I treat you as an intelligent thinking human being. I have no middlemen interfering with the musical and lyrical content, this is pure me. I don't make music to sell millions, all proceeds will be ploughed into the next project. This is OZBLUES | OZINDIGO. This music is real.

With the Ozindigo CD's I'd like to establish a truly Australian way of playing Blues. I realise I'm playing a minority music within a minority music and at my age it's probably a bit silly to take on such a grand venture. Believe me, the music I've played since I was a 14 year old still burns brightly in my soul. I'm honoured to have shared my music with you for 52 years.

When Ozblues ventures into new territory I call the music Ozindigo. The Blues is still there but it's ceased to be what most people would recognise as blues. Ozindigo grew out of Ozblues as Ozblues grew out of Mother Blues, the music that is the basis of all modern music forms.

With 'Ozindigo Catalyst' and to a more substantial degree this new CD 'Ozindigo The Prize' I use the music to express my deepest thoughts and Feelings. Indigo is the colour between blue and purple some people say it doesn't exist, that adds a bit of mystery. Maybe Ozindigo doesn't exist either. That suits me fine.

Shipping costs will be calculated during checkout.
Costs quoted are for Australia only, for international orders please contact us.
Feature on home page
On