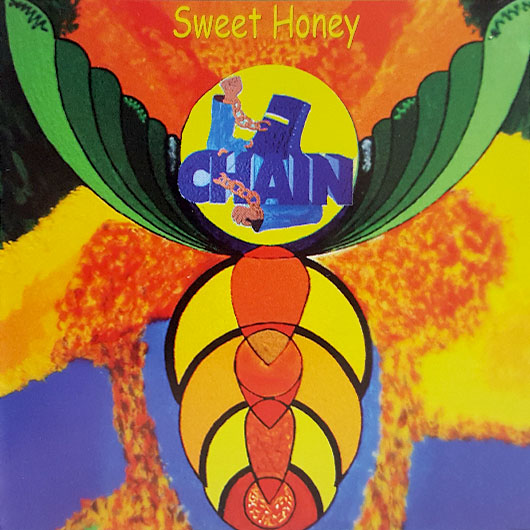 Chain have set the standard for original blues-based music in Australia for over three decades and with the release of their latest album 'Sweet Honey', another benchmark has arrived in the long history of this legendary band.

While they remain true to the roots of the blues they grew up listening to, their songs are true originals in the tradition they have created themselves, now formally recognised as 'Ozblues' after the album of that name from 1982. Chain have survived the vagaries of the music industry with virtually no support from within the mainstream radio or corporate component, due in large part to their dedication and persistence and the loyalty of their almost fanatical audience.

Their music defies normal categorisation and is powerful and compelling, as well as quirky and left-of-centre. It is these qualities and their musicianship that makes them true Australian blues masters. ‘Sweet Honey’ includes all these defining qualities, from the soul-based ‘Cold Wind Blowin’, story-telling ‘Northern Sun’ and rocking ‘Saturday Night at the Trocadero’, to the sublime blues of ‘It Makes No Difference’. This will be once again a definitive album and sets a new standard in the ever-progressing Ozblues tradition... a must in any roots music collection!

The originators of ‘Ozblues’, Chain reached a milestone in 2008 as they celebrated 40 years since first forming in 1968. They are still the only blues band in the world to have a number one on Australian charts (Black’n’Blue) as well as a number two (Judgement).

Together with singer Matt Taylor another number one ('I Remember When I Was Young') and the double gold album ‘Toward The Blues’ ensured them a place in rock history. With ‘Chain Awards’ honouring their achievements at the Australian Blues Festival (Goulburn) & as the first act listed in the new blues section of Screen sound (National Archives) the accolades still continue.

Chain's influence on Australian music has been enormous. They are renowned for their onstage chemistry and for being unafraid to admit their Australianness.

Founding member, guitarist Phil Manning and singer/harmonica player Matt Taylor each have highly successful careers as solo performers and are regarded as among the finest exponents of their respective instruments this country has produced. Their influence on music in Australia has been immense, and the recent John Farnham album was titled from Matt Taylor’s huge hit song ‘I Remember When I Was Young’

Drummer Barry Harvey’s spectacular playing amazes audiences everywhere & together with the powerful drive of bassist Dirk Dubois, form the engine that motors the band through all their hits from the seventies to more recent Chain hits such as Spring Hill.

Their new material retains the earthiness of the 70’s while including the insights and musicality expected from a lifetime of experience in the blues genre. These songs feature on their latest album titled ‘Sweet Honey’, and continue the tradition of ‘Ozblues’.

Chain live is a great entertainment experience, and with four decades of albums and performances under their belt, it doesn’t get any better than this!